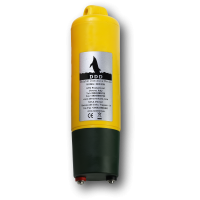 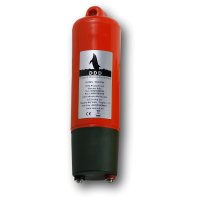 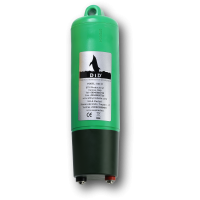 Fishing activities are the most serious threat to dolphins, being the cause of the death of thousands of specimens in a year. On the other hand, dolphins are the cause of serious economic damage to fishermen, since the predatory activities of marine mammals cause loss of capture and damage to the nets.

The DDD, Dolphin Deterrent Device, are electronic devices resulting from a long project activity, in collaboration with prestigious research centers, such as the Institute of Marine and Environmental Research (IRMA) of the CNR of Mazara del Vallo and the Institute of Marine Research in Moscow. DDDs keep dolphins away from their greater danger, interacting with their eco-localization system (sonar), thus protecting the equipment and profitability of the fishing industry.
DDDs are to be fixed to fishing equipment (nets, longlines, etc) and are activated when they come into contact with the water. They emit trains of ultrasonic signals at random frequencies, which prevent dolphins from becoming accustomed to signals. Even the intervals between a train of signals and the next one are random, but have different average durations, depending on the models suitable for the various types of fishing. The emission power is 165 dB (decibel), the highest existing, obtained thanks to a particularly sophisticated technology.

The DiD, Dolphin interactive Dissuasor, an evolution of the DDD models, produces ultrasound only when the presence of the mammals in the area is detected, through a special circuit, that "hears" the clicks emitted by them.

The emission level of both devices, DDD and DiD, doesn’t produce any harm to mammals or fishes; these last are insensitive to the frequencies emitted.

The DDD / DiD pingers have proven their effectiveness in the seas of many areas of the world, since 2004, in tens of thousands of pieces.

Contact us now
For information about the products
Send your request